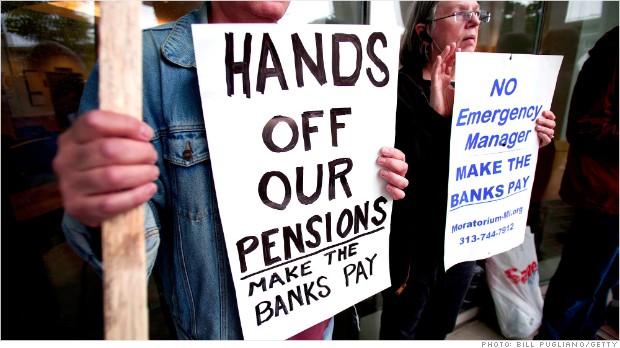 The White House recently met with key officials in Detroit to discuss measure to “clean up” the city, whistling to the tune of around $300 million.  The money would be used to demolish old buildings and to hire more employees in public transit as well as firefighters. None of this money will go to lowering the debt which has brought Detroit to its knees. But is the government really responsible? In some ways, yes, as the vitality of this country depends on the health of each muscle, valve, organ, and artery.
More importantly is the obligation the auto industry has on its Detroit constituents. The government’s role in assisting Detroit is only a bandage for the greater problem which is massive job loss in Detroit. Corporations should have accountability because they were bailed out but left the cities we hold dear in ruins – many in poverty and without work. The repercussions of the auto industry abandoning its golden child, Motor City, is truly jarring. Further, it disgusts me to think that people are still willing to dish out thousands of dollars to allow auto companies to thrive while the people who made it possible for the auto executives are left in hunger, and with no way out.

This entry was posted on October 8, 2013 by Doralice in Uncategorized.