I’m Coming Out: My Feminist Rebirth

I am a feminist.

Oh my god, I said it! I’d be in denial if I said this was not a scarily redefining moment for me.
I am done calling myself an egalitarian. Sure, feminism and egalitarianism are kind of the same thing, right? That’s like saying penne rigate and fettuccine are the same. Um, no. They each have different textures and hold flavors differently but, yes, essentially, their ingredients are the same. I have a secret sauce recipe and there is no way I am going to let it get anywhere near a bowl of steaming capellini. It’s disrespectful to the sauce and to me.
Anyway, feminism…
I want to finally remove the stigma I long attached to what defines feminism. I don’t burn bras. I don’t hate men. Feminism isn’t about either of those things. It’s not about hating or punishing men. At its core, feminism is the search for balance and equality in a patriarchal society. Merriam-Webster, I’d be happy to accept that high-paying position you just offered me to write definitions all day.
There needs to be balance in the workplace. I worked as a telephone concierge for a hotel before I was 21. Unfortunately, I was forced to wear a uniform: a skirt, pantyhose, a white blouse and a disgusting blazer. My “office” was a broom closet in the kitchen of the top-floor hotel restaurant. What I didn’t expect was Mr. Grabby-Hands Cook, who took every opportunity to smack me in the ass, grab my crotch, or try to stick his hand up my skirt. A minute alone and he would try everything. I laughed it off most of the time, but I didn’t really know how to handle it. I just wasn’t armed with assertive techniques at the time…and unprepared, confused about that type of attention.

Well, I managed to get out of that situation, thank goodness, when I turned 21. This nightmare happens all over the world. I know I’m not alone. Some women are way worse off after they try to speak up. Anita Hill probably had better things to do than deal with a barrage of media interrogators and a public testimony against her harasser, the dishonorable Clarence Thomas. Anita Hill sparked an awareness that hadn’t really been discussed in great length before: workplace gender inequality. And what is even more jarring for me is that there is so much doubt when a woman speaks out and demands a safer and healthier workplace AND equal pay. Whoa, that’s too way much to handle. How dare we demand equality! Also in doubt is a woman’s innate ability to choose what is best for her own body. There is so much ignorance on Capitol Hill; I feel so UNrepresented. Millions of dollars are being spent on ridiculous anti-women legislation (are we in the Middle Ages?) and millions of women are not getting proper care due to lack of access to low-cost reproductive health programs. In South Dakota, “The law requires the doctor performing [an] abortion to personally meet with the patient at least three days before her appointment. Despite the lip-smacking claims from backers of the law that this is about making sure women are making “informed” choices, it’s obvious the real aim of the bill is to multiply the number of times the doctors have to fly into the state.”
Florida requires mandatory ultrasounds because choosing to get an abortion is not a difficult choice already. They really want to stick you with the guilt pole before you decide for sure-for sure. What purpose does that serve? Faith-based policies do not represent me nor do they represent women’s health. Women need better representation from our elected officials. Far too much money is being invested in all the wrong areas, and things won’t change when there is so much ignorant behavior from the people who are supposed to be on our side. The New York Times reported that Tea-Party conservative Todd Akin said, “It seems to me, from what I understand from doctors, that’s really rare,” Mr. Akin said of pregnancies from rape. “If it’s a legitimate rape, the female body has ways to try to shut that whole thing down.” Todd Akin, who are these doctors you are talking to? Botanists? You are so stupid and you obviously hate women and shame on you for perpetuating myths about the elusive and mysterious female body.
Anti-choice and anti-woman legislation continues all over the country. Viagra is covered under insurance, but women are always positioned to feel “lucky” when or if we get any reproductive-related costs insured, like birth control. Every time I go to the store I dread having to pay for those annoying and costly tampons and pads. Worse, there aren’t that many options. The last time I visited the market, there was only one compact tampon option among the boxes of sparkly, “quieter” tampon wrappers in colourful containers so people won’t know you are menstruating.

Forcing women to buy costly feminine protection is an exploitation of a biological function. When will we see the day where communities care for their women instead of punish and shame them for their biology? A woman’s body should not be used for profit. Go ahead and call me a socialist. I yearn for a day when supplies are available for all women, not just women who have money because in the long run, if you take care of women, you take care of half your community. You’re taking care of your mother, your sister, your daughter, your wife.
We should learn from rural Indian inventor Arunachalam Muruganantham. He saw his wife sneaking off to clean some dirty towels one day only to discover that she didn’t buy feminine protection in order to afford milk for the family. In many parts of India, women have little access to sanitary protection, forcing them to use alternatives such as dried leaves, ashes, or sand. Obviously, there are health risks.

Feminism exists because every time a woman says she was raped, the immediate and general response is ‘what did she do to deserve it’. It’s time to start educating boys for a change in “how not to rape” and what are proper social boundaries rather than remaining in this old school world of “how not to get raped” and leaving the burden all on women to protect themselves. Read more about rape apologist culture. 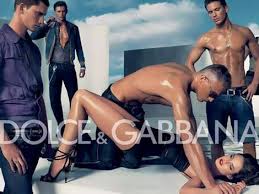 I’m a feminist because I live in a country that punishes its own women and girls who were forced into sex trafficking, a country that does not address the real issue fairly: men who pay to do whatever they choose with a female sex slaves who don’t have a choice.
I am a feminist and I will not sit quietly.
Additional sources not directly cited above: http://www.alternet.org/story/150526/10_states_with_the_most_shocking_anti-woman_legislation
http://www.nytimes.com/2012/08/20/us/politics/todd-akin-provokes-ire-with-legitimate-rape-comment.html?_r=0
http://www.theguardian.com/lifeandstyle/2012/jan/22/sanitary-towels-india-cheap-manufacture
http://www.cnn.com/2013/08/25/us/miami-sex-trafficking/index.html
http://www.huffingtonpost.com/soraya-chemaly/the-problem-with-boys-will-be-boys_b_3186555.html